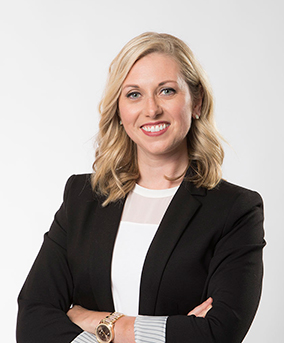 As Marketing Strategist, Holly works with clients to construct marketing game plans that exceed expectations. She has ten years of experience as a broadcast journalist and led the strategic direction of a marketing and communications team before joining The Ohlmann Group. She’s a writer and avid reader, a data nerd, and someone who gets way too excited about the magic of video storytelling.

Holly has been recognized by the Associated Press for broadcast writing and enterprise reporting and was named “Best Magazine Rep” by the American Advertising Federation’s Dayton Chapter. In addition, Holly was named one of the Dayton Business Journal’s Forty Under 40, is a 2016 graduate of Leadership Dayton, and is an alum of Empower, an executive women’s program run by the Dayton Area Chamber of Commerce. She’s also a member of PRSA Dayton.

Holly earned a BA from Ball State University, is Board Trustee for Muse Machine, and volunteers for Ronald McDonald House Charities of Dayton.

Her favorite daily activity is cuddling up with her two girls at bedtime, chatting about their day. That’s after serving up the world’s best mac and cheese. Just ask her father-in-law.